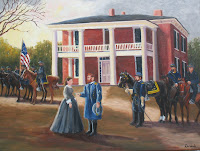 Confederate Money Only, General Grant
Oil on Canvas
On Friday, October 2 and Saturday, October 3, a festival celebrating Gen. Cleburne, a confederate civil war leader will take place at the Ringgold Confederate Park on 41 south. A bronze statue will be dedicated to him at 10:00 am Saturday.
The festival includes historical lectures, music, vendors, and living history camps with artillery demonstrations. Go to: www.ringgoldgapfestival.com for more information about the weekend and an article about Gen. Cleburne written by Dr. Smith Murray. You will get the background of why he is being honored and what happened here in 1863.
As part of the festival, an art exhibit will take place inside the historic Ringgold Depot. Raye Brooks, owner of Ringgold Art and Frame Gallery, invited several local artists to participate. I chose the Whitman house in Ringgold and using the information on the historic marker, portrayed the scene when Gen. Grant is offering to pay Mrs. Whitman for his lodging there after the battle of Ringgold Gap. She refuses his Greenbacks and asked for Confederate money instead. He turned to his men and said, "She isn't whipped yet."
What appealed to me was the fact that since Grant later became our president, he did act as a gentleman. And, Mrs. Whitman showed him how feisty a southern lady can be. Sounds like they had mutual respect for each other. Fortunately, the Whitman house was not burned by Sherman on his way to Savannah. This is unusual for me to paint a historical work. The first was Polo at the Fort that I did for the Sixth Cavalry Museum in Ft. Oglethorpe (www.6thcavalrymuseum.com) Using composite resources and researching is a lot of work. Of course it comes down to the artist's interpretation.
Participating in the show are some of my Studio artists: Ann Currey, Martha Elder, L.J. Huffaker, Betty Moses, Barbara Murray, and Wendy Williams.
Since Ann Currey and I will be flying back from the workshop in Italy that Friday night, I hope to be conscious and coherent enough to come to the festival Saturday. I hope that you will be able to support the festival and see the local artwork in the depot.
Artfully yours,
Durinda
Posted by Durinda Cheek, Fine Artist at 6:42 AM 1 comment: 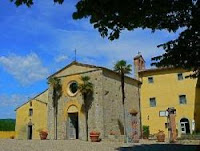 I am starting to pack for the Tuscany workshop at San Fedele. I leave on Wednesday out of Atlanta. My whole group will be traveling together- Ann Currey, Faye Woolfork, Lisa Hutcherson, and Cam Busch. We will change planes in Paris and then arrive in Florence on Thursday around noon. From Florence, we will join the others who will be spending the week, an oil plein air group led by Barrett Edwards from Naples, Florida. A short bus ride and we will be in San Fedele.

To say that I am excited is an understatement. This will be my third trip to Tuscany and my first to stay at the converted and updated monastery of San Fedele. It is in the heart of Chianti country. Yes, this is the season for the grape harvest and wine festivals! See, I told you you should come! We will be using our watercolor paints, watercolor pencils, and Sharpie markers to capture all we can. I made our watercolor sketchbooks by cutting paper and matboard and having Office Depot bind them. I will be demonstrating some different techniques with the materials and encouraging everyone to not only sketch, but journal in the book as well.

And just when things couldn't get any better... we were notified that we are invited to exhibit our own paintings in the village that weekend and take part in a Quick Draw painting event on Sunday. So now I am packing a small framed painting to take with me for the show. Cam and Ann will bring along a painting too. I think I had better get another card for my camera! It will be a week of adventure and art. Who could ask for more? Oh yeah, great food, wine, scenery, and new art friends. I guess I will just have to "make do". ; )
If you missed this trip and are interested in one for next fall, let me know now so you can get on the list!
Ciao for now!
Durinda
Posted by Durinda Cheek, Fine Artist at 4:21 PM No comments:

This blog is for anyone interested in discussions about art. I give tips on painting, supplies, and techniques that I use or discover. I will post updates on classes that I teach and workshops that I offer. I welcome comments and questions. Come along with me on my painting adventures both inside and outside of the studio!
Please visit my website to see more paintings and events: www.Durinda.com.

Durinda Cheek, Fine Artist
Southeast, United States
As an artist, Durinda is best known for her paintings of Southern and European landscapes and streetscenes. Working "en plein air" has become a passion of hers that she has pursued across the US ans in Europe. Her artwork has been exhibited in numerous international, national, and regional shows. Many paintings are commissioned for corporate purchases. Her memberships include signature status in Tennessee, Georgia, and Louisiana Watercolor Societies as well as Oil Painters of America, Plein Air Georgia and Plein Air Florida. She has received artist's grants to study abroad, appeared in many published articles, and featured in television shows. Since 2007, she has been one of twelve invited artists to paint in Walt Disney World's Artists in the Gardens every spring. Her work is in several southeastern galleries as well as on-line: www.Durinda.com. Durinda enjoys the dual role of teacher as much as that of an artist. Her background in art education has presented her opportunities to share her love of art with many age groups and levels. She teaches classes in the Chattanooga area as well as workshops throughout the southeast and abroad. 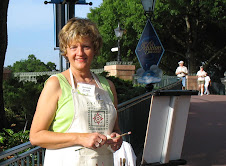 Epcot's Artists in the Gardens Invitational 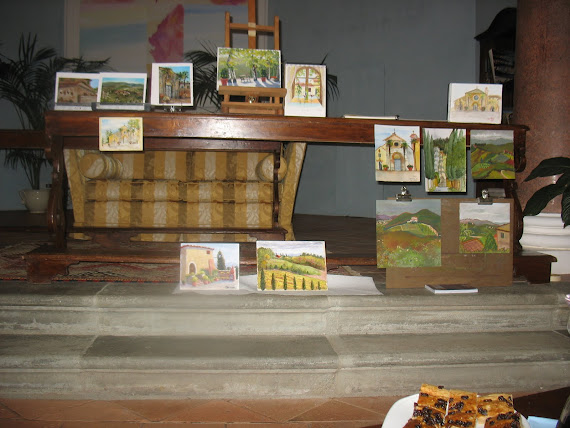 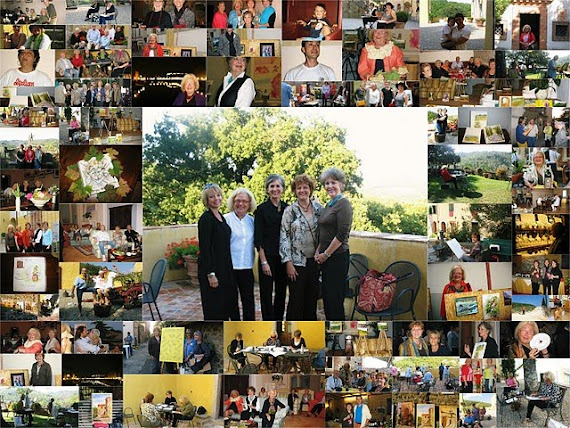